Standing out from the crowd - the CEO with a mohawk

When it comes to standing out from the crowd and having a strong personal brand, Chris J. Reed, Founder and CEO of Black Marketing, believes that it is all about being yourself, being authentic, and being passionate about who and what you represent.

With his brightly dyed mohawk and gregarious personality, it’s not hard to see how Chris has managed to stand out to become one of the world’s most viewed profiles on LinkedIn with over 70,000 followers.

Chris’s entrepreneurial spirit was first ignited when he was only 16 years old at his first job at HMV Records while studying marketing at Newcastle.

He knew then that he would start his own business one day but wasn’t sure about what it would be, leading him to the decision to first get experience by working in various industries from media, radio, entertainment and lifestyle.

It was only ten years later when he was 30 that he started his own company Cocktail Marketing, which dealt with partnership marketing in the UK by connecting and creating synergies between brands and companies.

However, in the middle of the great recession in July 2009, Chris decided to seek personal growth and a change in environment and culture by moving over to Southeast Asia.

With a lack of connections, he found that the business could not fit well into the local and regional market and eventually had to close it down, leaving him looking for employment in a foreign country with nobody that he knew.

What saved him were referrals from friends on LinkedIn that helped to connect him with the right people before he found employment.

This experience helped spark his insight about the gap in the market of how people did not fully understand the effectiveness of LinkedIn when it came to finding jobs and opportunities, leading Chris to set up a LinkedIn marketing agency several years later. 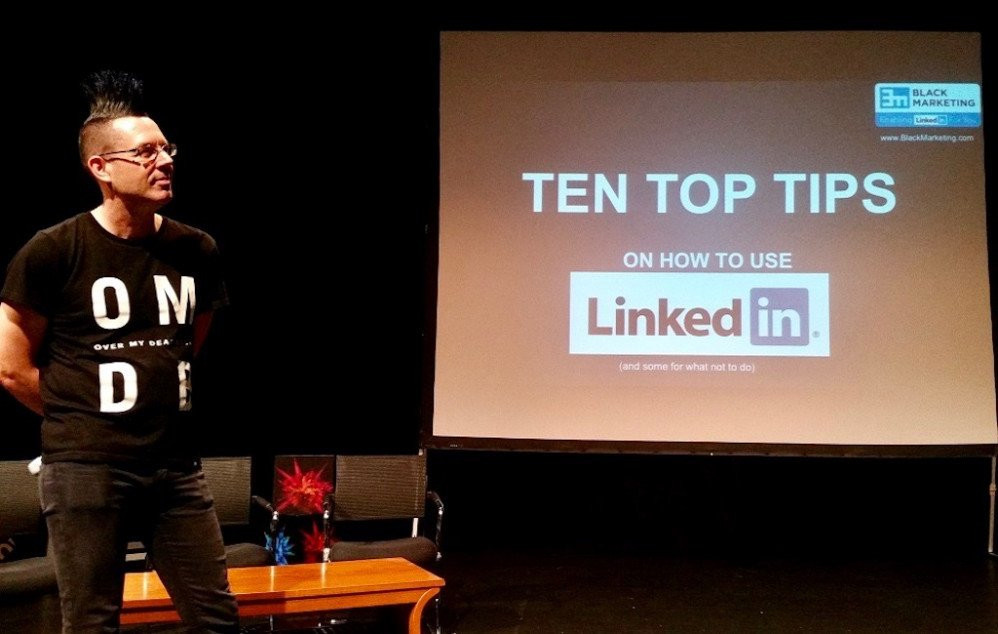 “LinkedIn is the only international business network in the world. I don’t have a Facebook or Instagram account because I focus completely on LinkedIn. This is my USP (Unique Selling Point). No one else does only LinkedIn.”

From conducting workshops and training people in leveraging the power of LinkedIn, Black Marketing rapidly grew as businesses began to seek Chris's advice and expertise on the business-social platform.

This initial success soon led to the creation of other brands "The Dark Art of Marketing" and "Mohawk Marketing" which focused on personal branding for entrepreneurs and engagement on tripadvisor respectively.

Chris reveals that he can easily spend at least 10 hours on LinkedIn every day, and even more time on the weekend as he says professionals are usually more active then.

It hasn’t been a completely smooth sailing in Singapore though.

Some of the toughest challenges that Chris faces until today are in trying to find the right people with the right passion while keeping them motivated in a job that can quickly become routine and lose its lustre.

“Singapore is unique in talent with plenty of choices in terms of job opportunities, and these usually result in high turnover of staff. It’s also hard to find someone else who has the same passion when it comes to LinkedIn.

Chris is also no stranger to controversy and heated debates online, having once sparked an online furore in 2012 after claiming that Singapore taxi drivers were the worst in the world and more recently earlier this year after an acrimonious split with The Marketing Group.

When asked about his thoughts about whether any publicity is good publicity, Chris remarked that he doesn’t believe that there can be bad publicity apart from anything criminal.

“The taxi incident was bad publicity at that point in time but it also gave me a lot of recognition. To this day, people still come up to me about that event.” 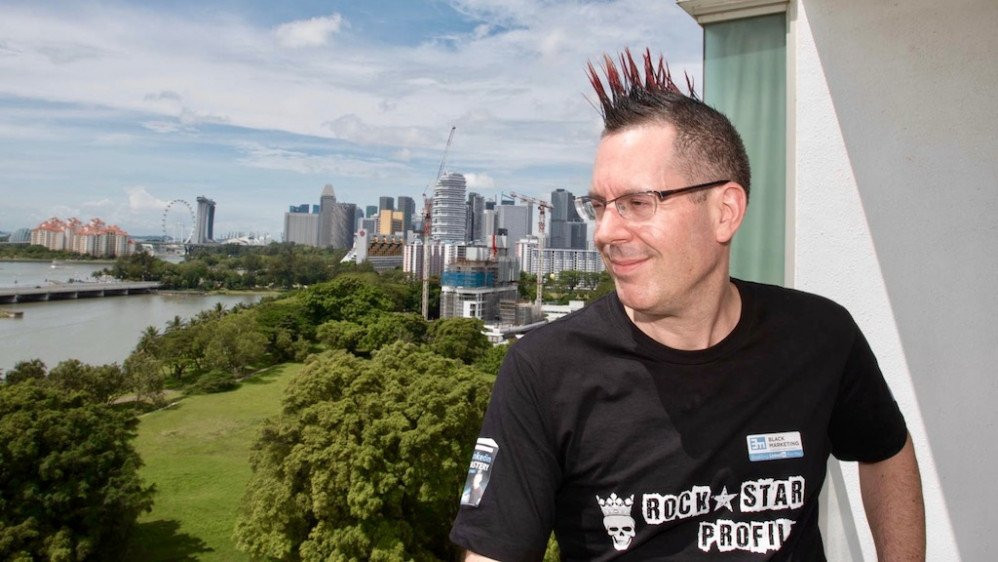 In fact for Chris, his business actually got better after the bad publicity.

“It’s all about brand and name recognition, people know who I am; I consider myself to be a marmite brand – either people love me or they hate me.”

Describing himself as a practical and thick-skinned entrepreneur, Chris talks about how he takes challenges and experiences as they come as an opportunity to rebuild himself into becoming a better person.

He also believes in giving back to society by sharing about his entrepreneurial journey, even if there is no financial or tangible benefit.

“I’ve learnt many things about what to do and what not to do; about lessons such as how it’s about whom you know and not what you know, as well as about how to build and maintain relationships.

When I first came to Singapore, people said ‘yes’ to me. So now when people reach out to me, I say ‘yes’ to them”

Chris intends to focus on building and strengthening his brands in the future while broadening his reach to other sectors and industries in conveying the value and relevance of having a good brand presence on LinkedIn.