Can Eating Plant-Based Help You Lead a More Eco-Friendly Lifestyle?

By choosing to switch to a plant-based diet, you can greatly reduce your personal carbon footprint and ensure that our precious resources are used to feed humans rather than factory-farmed livestock.

Adopting a plant-based lifestyle isn’t just about your health; it’s also about the health of the planet. Choosing which foods to put on your plate has more impact than you might realize. In fact, from water and land use to environmental pollution and greenhouse gas emissions, every single bite of food you eat comes with a cost.

The problems facing our planet are vast. In addition to global warming, the deforestation and destruction of plant and wildlife habitats are a major concern. If you’ve come to realize that we only have one planet and you’re making an effort to lead a more eco-friendly lifestyle, it’s hard even to know where to start.

But what if we told you there was a simple, proactive way to minimize your carbon footprint, save wildlife habitats, and protect the environment for future generations? Animal-based agriculture and factory farming lead contributors to our planet’s problems, producing millions of tons of waste every year.

But switching to a diet that’s high in plant-based foods and reducing your consumption of animal products not only paves the way to an eco-friendlier lifestyle it also improves the future outlook of our planet for generations to come. Here’s how eating plant-based can make a real difference!

Table of Contents: Can Eating Plant-Based Help You Lead a More Eco-Friendly Lifestyle?

There’s no question that animal-based agriculture and factory farming are leading contributors to global warming. According to the United Nations Food and Agricultural Organization, livestock farming creates 14.5 per cent of the earth’s greenhouse gas emissions. Some organizations, like Worldwatch Institute, put that number as high as 51 per cent.

It turns out that the millions of tons of manure produced by livestock each year create a substantial portion of agriculture’s greenhouse gas emissions. This manure is dumped into what factory farms call “lagoons.” The lagoons are nothing more than pits filled with animal waste, and they produce enormous amounts of methane gas.

Methane warms the earth at a much faster rate than carbon dioxide. And the impact of livestock production doesn’t end there. When you consider the amount of fuel used to transport and grow feed for livestock, we’re talking about a massive carbon footprint by this industry alone.

Learning how to start eating a plant-based diet minimizes your personal carbon footprint. It’s a huge step toward leading an eco-friendlier lifestyle on a daily basis. 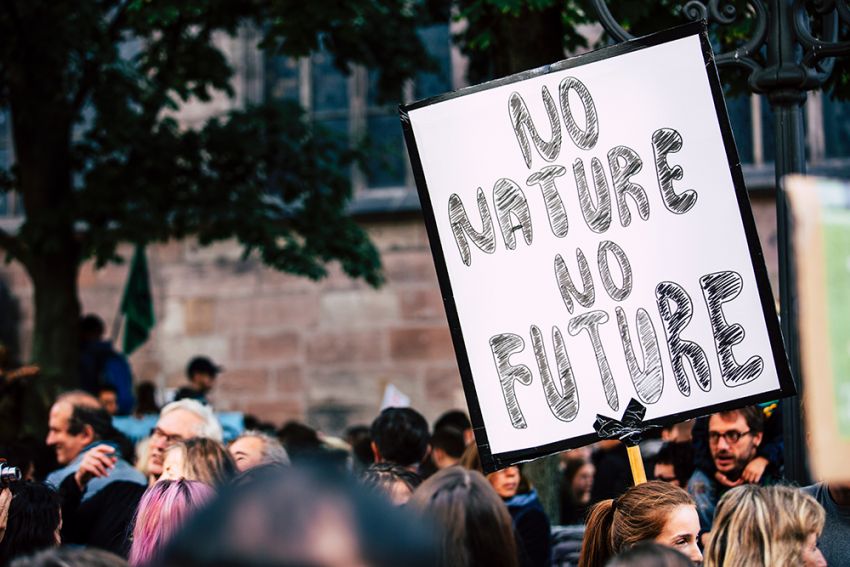 Did you know that it takes an enormous amount of water to produce just one gallon of dairy milk? So avoiding dairy products alone can reduce your water usage astronomically and have tremendous benefits for the environment.

The Pew Commission on Industrial Farm Animal Production reports that 87 per cent of the freshwater used in the United States is used for agriculture. And when you learn that it takes 100 times more water to produce a pound of animal protein than a pound of plant protein, it’s easy to see how cutting back on animal products can greatly reduce the amount of water you use.

Nearly a third of the arable land on our planet is used for livestock production, specifically to feed cattle, pigs, and chickens. As a result, livestock production is a huge contributor to deforestation and the destruction of plant and animal habitats.

Even worse, when livestock grazes an area heavily for an extended amount of time, it destroys native plant life and speeds up soil erosion, causing a condition called desertification. Deforestation and desertification have contributed to the extinction of entire species of animals, including sloths and red pandas.

Plants and wildlife right here in the United States are being impacted by livestock production. It’s estimated that livestock grazing in the US impacts 33 per cent of endangered plants and 14 per cent of animals. Those numbers are staggering and should be enough to convince any earth-conscious individual to make the switch to a plant-based diet.

Save Our Lakes and Oceans

It’s not only our plants and wildlife that are at risk due to factory farming. Animal agriculture is a key contributor to water pollution, too. Remember the giant lagoons of animal waste we mentioned before? Well, that waste is applied to crops as fertilizer.

This waste is untreated, and the earth can’t absorb the enormous amounts of toxins in such massive amounts of manure. So, the toxins find their way into the groundwater and eventually our lakes, rivers, and oceans. As you can imagine, this has a major detrimental impact on aquatic plants and animals.

In the area where the Mississippi River meets the Gulf of Mexico, there is a mind-blowing example of just how horrible this impact can be. This area has been so contaminated with livestock waste and fertilizer from farms in the Midwest; it has created an 8,500 square foot dead zone where virtually no aquatic life can survive. 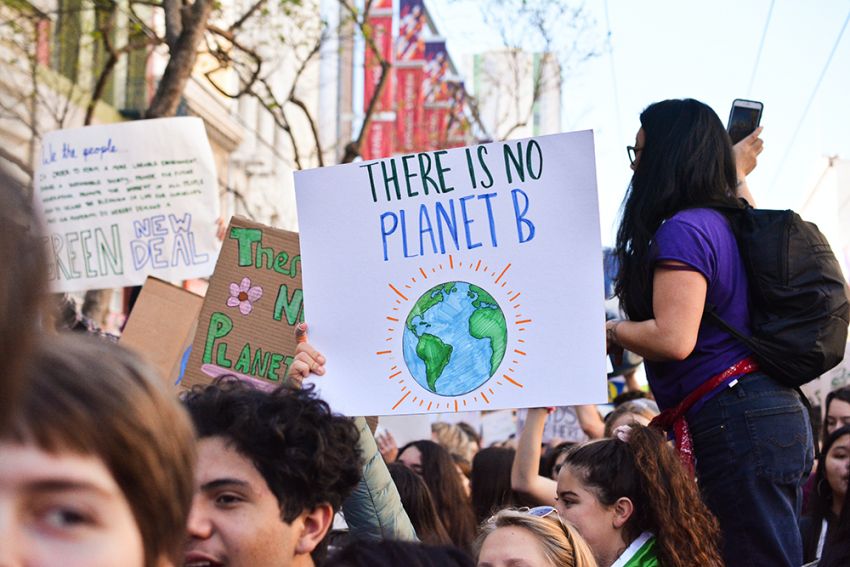 Remember all that animal waste we’ve been talking about? Well, it also produces enormous amounts of ammonia. This extremely harmful form of nitrogen kills aquatic life and causes algae blooms and contributes to smog.

Not only that, but the air surrounding large factory farms also contains higher levels of air pollution in the forms of endotoxins, particulate matter, hydrogen sulfide, carbon dioxide, and methane.

The Bottom Line: A Plant-Based Diet is More Eco-Friendly

Industrial livestock farming is a destructive industry that wastes land and freshwater resources. It produces massive amounts of greenhouse gas emissions and is a major contributor to air pollution, water pollution, deforestation, and plant and animal habitat loss.

That means we can all fight the war against climate change right on our plates every day with the food we choose to eat. By choosing to switch to a plant-based diet, you can greatly reduce your personal carbon footprint and ensure that our precious resources are used to feed humans rather than factory-farmed livestock.

And, with the availability and affordability of plant-based options becoming readily available, it’s never been easier to lead a more eco-friendly lifestyle.

Can Eating Plant-Based Help You Lead a More Eco-Friendly Lifestyle?