Facing the tension between belief and experience in her relationships

I was chatting with a friend over our steaming mookata plate (I will never see mookata the same way again) and we came to the subject of belief and experience. We were split into two camps - she championed experience, I on belief.

Using our friendship as an example, I asked this, “It's true that you won't ever know what I really feel about you. No one can really see inside another's mind. So, what makes you believe that I am really thinking of you as a friend and not as an enemy?”

A few weeks later, I was watching Netflix's Unicorn Store with another friend and that conversation came back to me with a fresh tanginess.

Kit (Brie Larson), captures a young-at-heart passion in her whimsical character and her explosively colourful clothes. She is kicked out from art school for her exuberant art style, which sticks out uncomfortably among the monotone art style the schoolteachers expect students to follow. Faced with the rejection and her parents' (Bradley Whitford and Joan Cusack) expectations of success on her, she is determined to take a temp job at a PR firm to prove her chance at success. But when she begins her job, an eccentric salesman of ‘The Store’ invites her to fulfil her ultimate dream of owning a unicorn.

As she tries to follow the salesman's rules diligently, she also works out her tenuous relationship with her parents and Virgil (Mamoudou Athie), a salesman in a hardware store that helps her build a stable for the unicorn and grows closer to her in the process. He and her parents remind me of my friend - just as she couldn't see if I was sincere in our friendship, they couldn't accept her belief in the existence of the unicorn and reject her dream.

It's fair that they react like that. Even I felt that way. A salesman who offers unicorns without charge? That sounds fishy on so many levels. Unicorns don't even exist - yet. Let's not discount the number of new creatures biologists find every year. But until then, I can't bring myself to believe it.

It wasn't the idea of a unicorn that made me watch on. It was the tension between belief and experience in her relationships that continued poking at me. I did celebrate when (spoiler alert) the salesman did produce a unicorn at the end, but I couldn't help but think that the process of realising her dream was the actual reward the film gave - to Kit, Virgil, her parents, and to me. 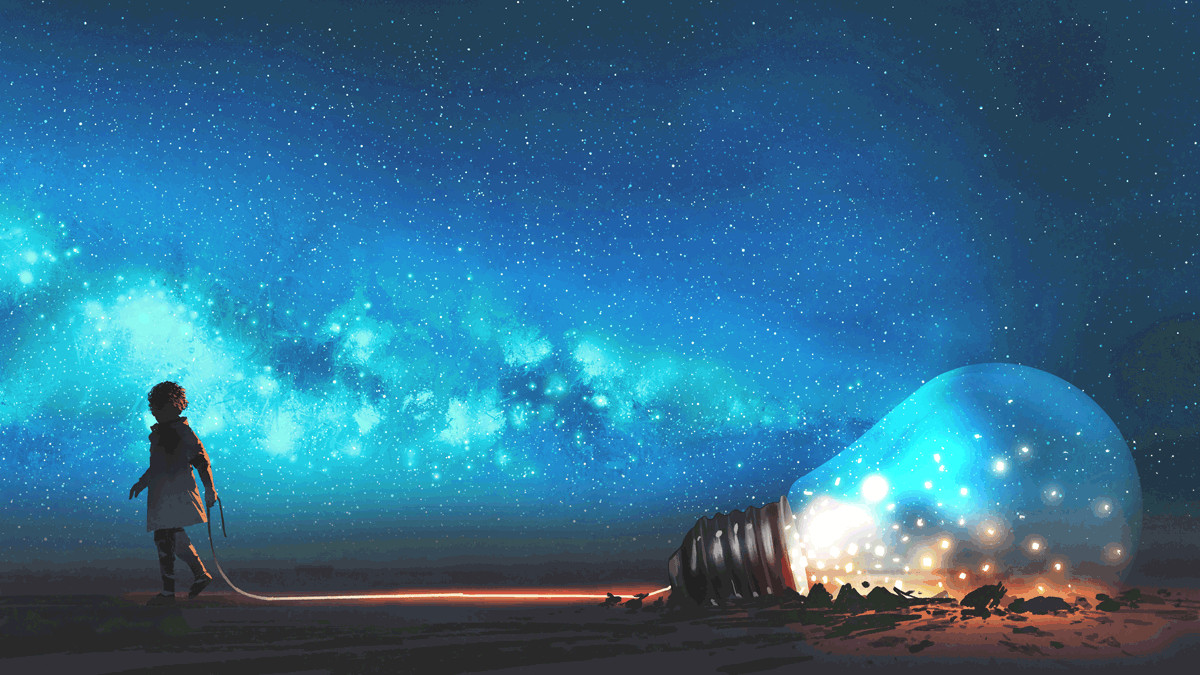 Kit's parents sit in the camp of experience, and it doesn't sit well with Kit's passionate belief in the existence of the unicorn. Their expectations of success imply their knowledge of a stable life learned from their past experiences. They fawn over Kevin (Karan Soni), a family friend who has a stable job as a youth counsellor (just like them) and owns an apartment (also like them) despite being of the same age as Kit. They celebrate Kit's temp job in an office because it seems like she is moving on to a more stable job than her 'creative ventures' in art.

So when Kit announces her dream of owning a unicorn, they also refer to their own knowledge from experience to understand her improbable dream. Did she not have a good childhood? Should they be friends to her more? Does she really want a pet? Is that what she wants?

I was miffed when they didn't ask Kit about the genesis of her dream and fall back on their knowledge instead. So was I, when I saw her unempathetic attempts to make her parents understand. She just tells them, “I'm getting a unicorn!” without considering how her parents won't accept that readily. Despite their lack of efforts to understand her, their words still show that they care about her a lot. But Kit just shuts her parents down the minute they start to reject her belief in her dream, and not appreciate their sincerity towards her. Shouldn't she try to explain herself in a way her parents can understand, or empathise with the sincerity behind her parents' words?

So where does the middle ground lie?

It's good to depend on our knowledge from past experiences. We learn from our mistakes and successes to grow as a person. It's safe to fall back on our past experiences when we cannot understand new ones immediately. But rely on that too much and we miss the chance to learn something new that would change our lives to any degree. We will be living the rest of our lives by using our past - even the new will be made old in our eyes.

Alas, only the person who knows their feelings and believes in their dreams knows the steps to realise them in their lives. Other people will never fully understand what the person believes in. Whether it be our dreams or our feelings, we can't just shut them down immediately without empathising with their reactions towards us. 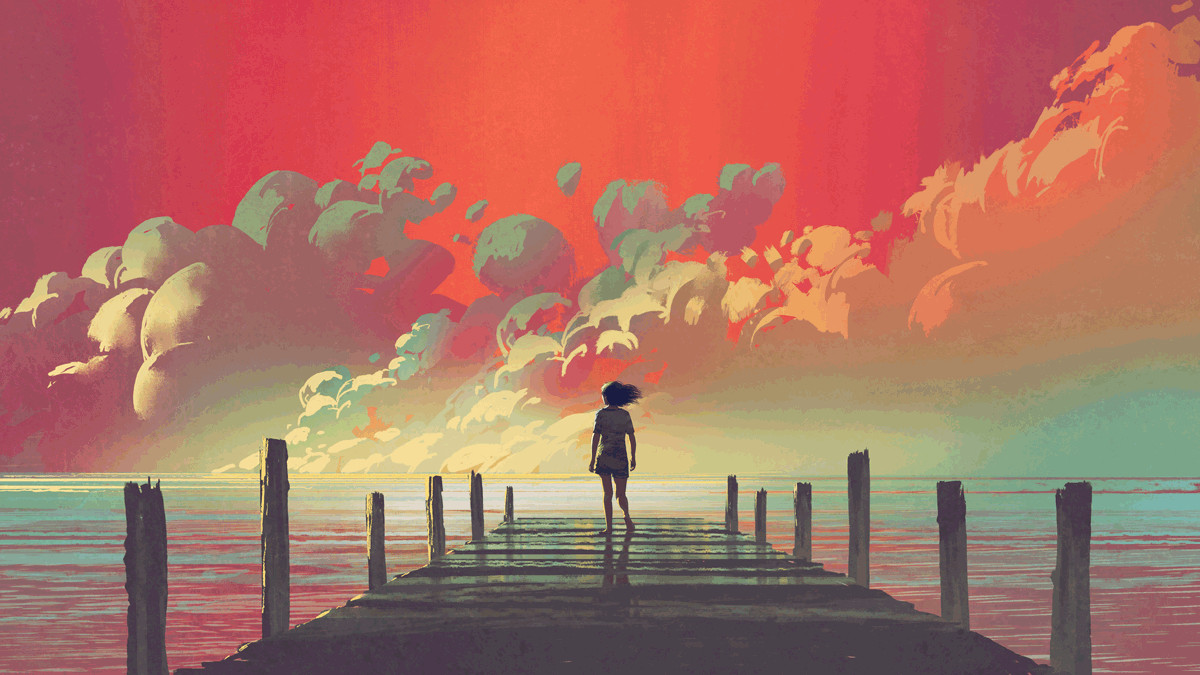 Virgil stands in the middle ground. After listening to Kit's awkward and vague plea for his help to build a stable, he agrees to help Kit despite not understanding fully what it was for (he thinks she's just getting a horse). And when he finally knows about her dream of owning a unicorn, he believed her sincere belief in the eccentric salesman’s promise to bring her the unicorn. He only didn't believe the promise was ever sincere. He didn't believe in the unicorn, but in Kit's character.

Her parents' reaction towards Kit become more like Virgil's as the film progresses. Her parents eventually choose to support Kit's sincere belief in her dream, even working with Virgil to complete the stable for the unicorn. Kit talks to her mother and eventually accepts her parents' love for her, which softens her harsh demeanour towards them. Though Kit's dream initially creates strain with her parents, it is her and her parents' efforts to try understanding each other that allows them to accept each other's intentions better.

Seeing them talk it out was a heart-warming reward after the tense standoffs they had - I even teared a little. And yes, the film still fulfils the reward Kit and the audiences are expecting. The most exciting moment for me is when Kit finally sees the unicorn (YES!) and hugs it tightly. Kit's dream to own one is close to becoming true, and her family's and Virgil's disbelief is finally proved unfounded. Isn't that the one reward Kit has been preparing for during the entire film?

Yet Kit decides not to take the unicorn home. She leaves it with the salesman to allow his next customer to have it. As I watched her begin to walk away from her unicorn, I realised the reward wasn't just about having her dream come to pass after all.

It was the wonder on Virgil's face when he sees the unicorn for himself. And that moment followed Virgil and Kit as they left the unicorn behind, holding hands and still wearing stunned smiles on their faces. Despite his disbelief in her dream, Virgil's belief in Kit's character rewarded him with new experiences to add on to the old ones. When he thought unicorns didn't exist, they did. He trusted in Kit's character, and now begins a new relationship with her.

In the end, it didn't really matter if unicorns really exist.

Nor is it the most important that a dream comes true, or if we may ever understand another's beliefs or feelings.

It's the process of believing in each other - no matter how different we understand each other - that brings a personal evolution more important than the ending. And if dreams die, or beliefs and feelings are still beyond our understanding, the process is already a new experience, a new piece of knowledge, that enlarges our hearts to comprehend the experiences to come.

Karel never spares any idea that comes to her, not even when she's diving into a book, chatting to friends, daydreaming or plugging in her headphones. Her greatest love is to understand another person’s language and find different ways to express her own.