The Story of Number 9: A Tale of Numbers

This is a story of how a person's significance is not found in how big or small you are.

Amidst the flurry of events that have been planned by Singapore Writers Festival (SWF), the official book launch of 'The Story of Number 9' written by Josiah Ng took place at The Arts House along with Victor Fernando R. Ocampo who was also launching his book of speculative fiction 'The Infinite Library'.

'The Story of Number 9' is about an island that consists of nine beings, number 1 to number 9, who are all personified into everyday characters that we can personally identify with from all walks of life. Number 9 is tired of being the last number, and the story begins when he sets out to convince the other numbers that he is the greatest number among all. The aim of the book was to value each and every individual for who they are through celebrating their differences and the endless potential that they had within themselves.

It wasn't an easy journey for author Josiah Ng as he worked his way to the final product of the children's book. He was motivated by the encouragement that he got from his wife to continue writing and finish the story when he showed her initially. The book took about three to four years in the making, and the idea was cemented even further when fellow friend and colleague Lam Wen Jie came on board and helped Josiah with the illustrations of the personified number characters depicted in the book. 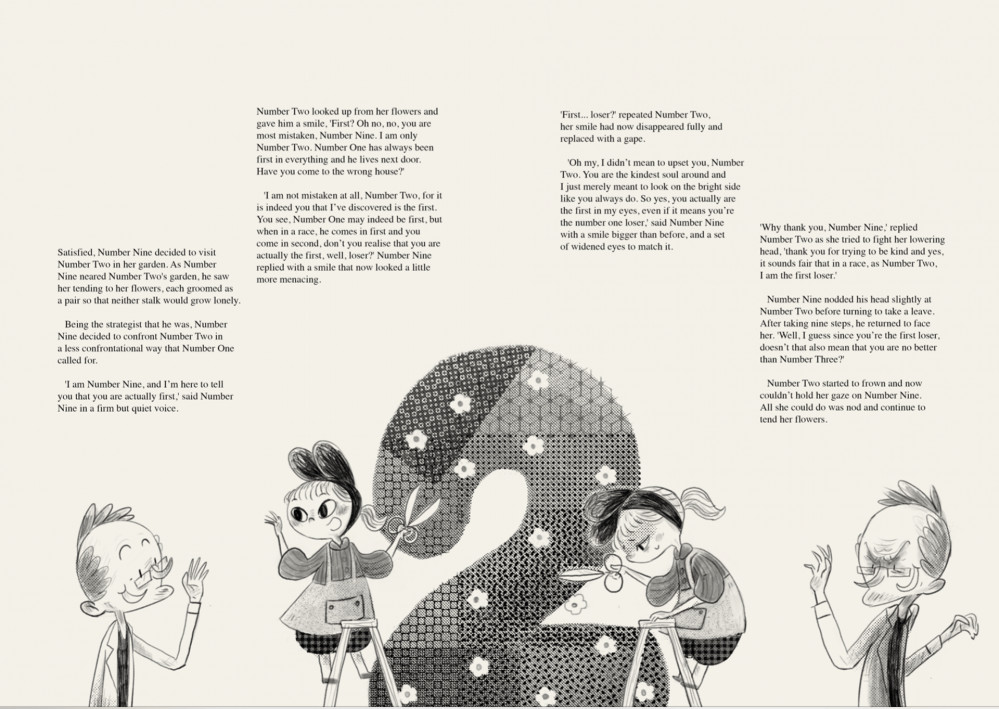 Picture: 'The Story Of Number 9' written by Josiah Ng and illustrated by Lam Wen Jie

Character inspirations can go from a seemingly mundane habit of 'people-watching' done by Josiah as he takes the public transport to concentrated and disciplined sessions of writing that was done at home or elsewhere when time allowed. But an interesting fact to note is that Number 2 featured in the story was actually based of Josiah's wife in real life.

At the end of the book, the question "Which number does the reader wish to be?" is posed, leaving them the option to fill in any of the numbers that had striked a chord with them as they journeyed through his story. Aside from that, Josiah also wished that his story would serve as an effective and easy medium for kids to use to articulate how they are feeling, by simply stating that they feel 'like Number 3 or Number 8 today'.

On a positive note, Josiah hopes that through the launch of this book, children will realise that it's possible for them to do the impossible even if their current circumstance, environment or themselves think otherwise. He puts aptly that life is not infinite, it is finite; Josiah created this book so that it can be cherished by his niece, nephew and son in the years to come.

The book is currently available in four different colors which are Cyan, Magenta, Yellow and Key (Black) and you can purchase them from the Books Actually website right here!